One of the WhatsApp key feature is end to end encryption of messages. In this article, we will quickly understand a simple implementation of WhatsApp like end to end message encryption.

What is End to end encryption 🔒

If we take example of WhatsApp, the concept of end to end encryption is that a message sent from user A to user B over WhatsApp, can only be read by user B, no one else can read that in between, not even WhatsApp servers.

The e2e encryption implementation which we are going to discuss here is not how exactly WhatsApp or signal app does, It's is just to give you a brief idea of, how we could do that!

First, we will go through the typical chatting application architectures implementation to understand their drawbacks. 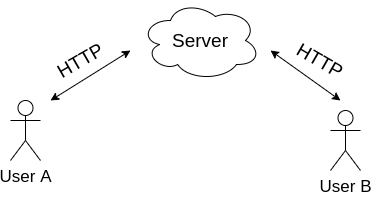 Raw text is sent via HTTP request to the server, it is saved in the DB and sent to User B via HTTP. 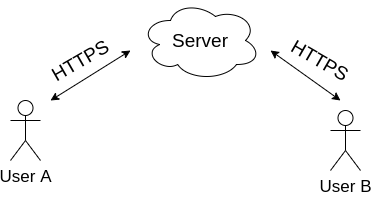 Raw text is transferred over HTTPS to the server.

To implement end to end encryption, we use a method called Public key cryptography.

In Public key cryptography, every user has two keys, Public key and private key. As their names suggest, one user's public key is visible/accessible to all other users and private key is very private to the user. It is saved locally on the device and can be accessed by self, not even by backend servers.

The concept of public key cryptography technique is -

We will use this technique for our end to end encryption implementation.

let's say A wants to send a message to B.

So, this is how we can ensure that not even backend server can decrypt and read the message. 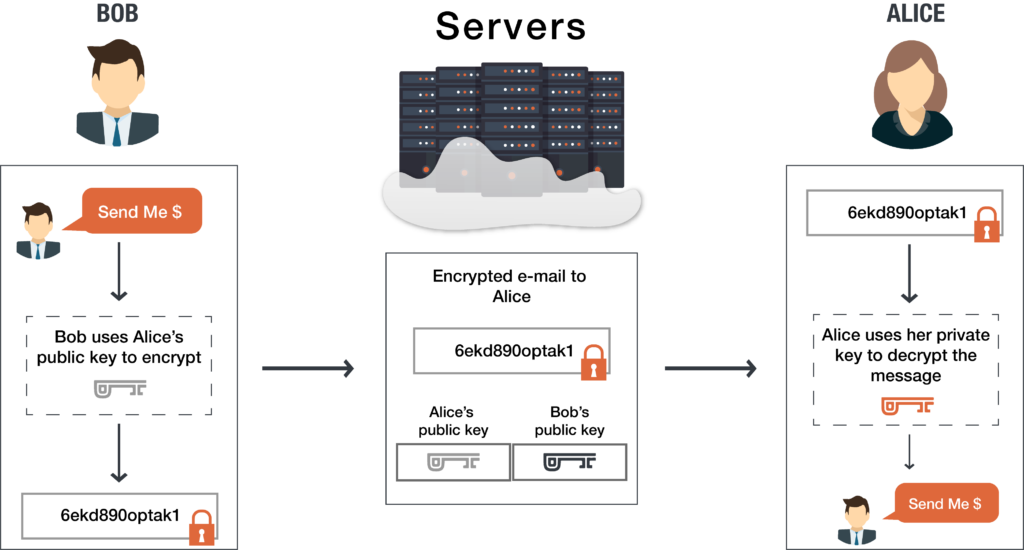 One more important thing, when message is received by user B from user A, there must be a method for user B to verify that this message was actually sent by user A (as everyone in the network has access to public key of user B, any one can send the message to him).

To ensure it, we use a "Digital signature".

Here we use, second concept of public key cryptography.

Hope, it gave you a fair idea of how we can implement end to end encryption.